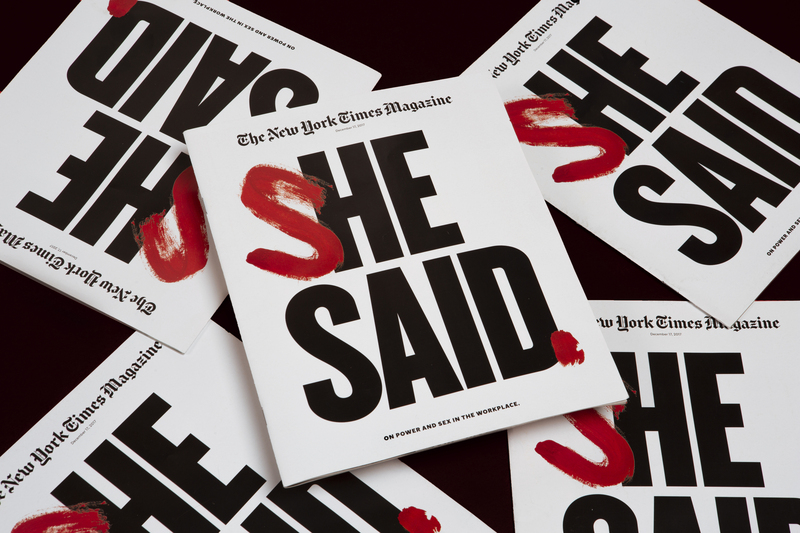 The NYT Magazine: She Said

“For the cover of our issue on power and sex in the workplace, we played off a phrase that is used to discredit a women’s side of the story: “He said/she said.” Jessica Walsh tried many versions of the lettering – we wanted the S to feel urgent and angry. The blood red scrawl stood out in stark contrast to the formality of the type and you could feel the hand of the writer viscerally. Adding the period at the end gave women the last word. It’s simple, graphic and you get it right away.” 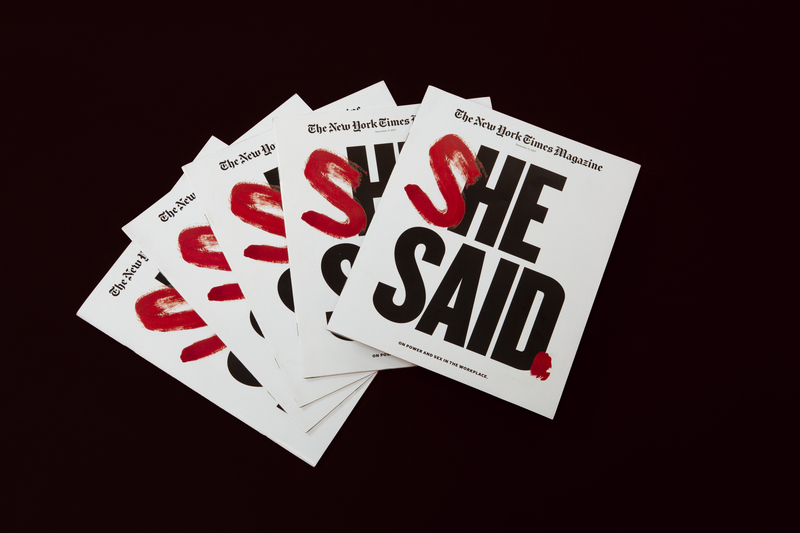 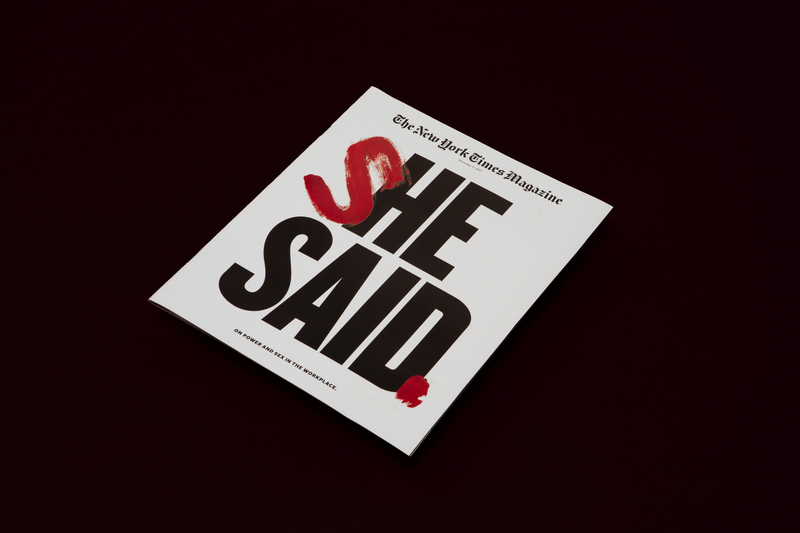